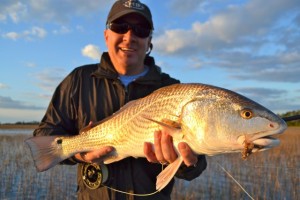 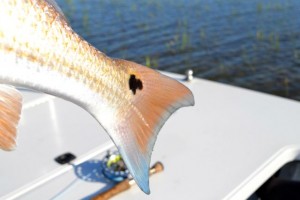 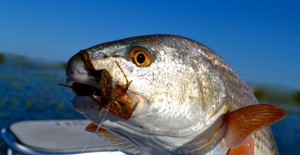 Wow what a week of weather, 20-30mph winds rain and just plain nasty.  When we have weather like that the first couple of days after can be some of the best fishing.  Just like us I think the fish are just as fed up with the weather , and when it clears they get happy.  This was the case when Trip Wolfe and I went out Sunday.  I had 3 to the boat and lost another one, Trip had one to the boat and lost another nice one.  When in the grass a five fish day is great !  Looks like it’s going to start getting nice for the upcoming week and with that the triple tail are floating in certain areas.  Lats night Bob Vought and myself hit last night and found the fish to be in a bit of a funk but feeding.  We had some cooler temps and the fish were staging in good numbers entering the flats but as they came up it was not what we had expected.  A few tails and the fish would slink off.  After seeing this we decide to move to another flat and here we found some fish acting a bit more user friendly.  Bob put a nice one in the boat, lost a nice fish and we had another fish eat the fly when we both thought he had spooked, but actually had eaten the fly and was just swimming off !