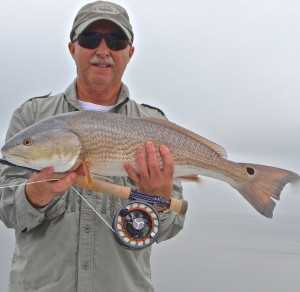 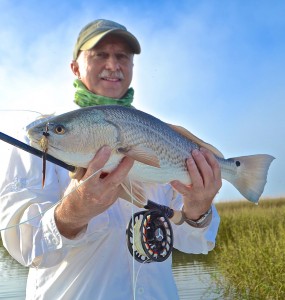 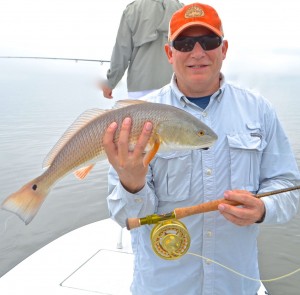 Rodney and Bob came down for a couple of days of fishing and the fishing was silly !!!Both mornings started off a bit sluggish due to the fog, but as the fog lifted the turned on in a major way. The first day I truly lost count on how many fish we caught.  At one point Bob had caught a fish and I got down to release the fish and Rodney had jumped up on the bow and before I could even get back on the poling platform he had already nailed one by the boat.  When I say by the boat maybe a couple of  feet !  Would have taken many more pics, but they all were about the same size and it’s better to catch than take pics.  It sure was nice to have such a good day with customers that have fished me for so many years.