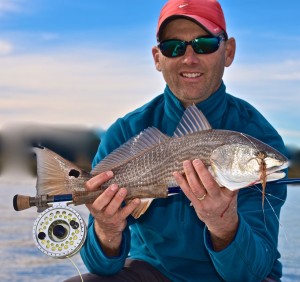 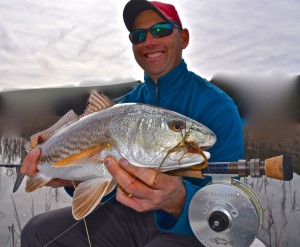 Paul Rankin wanted to get in on some winter time action this week, and we did get some fish, although the clouds made it a bit tougher.  It never ceases to amaze me how a thin cloud can shut out the lights on you.  We started out with a bang, Paul had to catch a fish on the first cast to a nice group of fish cruising through the grass.  Anyone who has spent some time on the water knows the first cast syndrome.  After Paul and I got so politely got cut off on the flat that we were fishing we decided a change in venue was in order.  We headed to another flat and smacked a fish as soon as we pulled in, then things became a tougher with more clouds and a little more wind.  We managed a couple more, but with the sun getting lower and the wind picking up we headed for home.