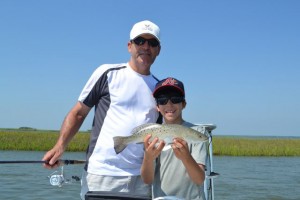 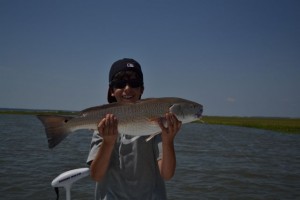 No more storms!  I was reading the National Hurricanes center storm predictions and they were saying average tropical storm season.  Can’t say I have seen 2 storms before the season even really begins.  Being said fish have to eat and so we feed them.  Using light spinning gear we have been finding some decent numbers of trout and reds.  The trout have been coming in all sizes.  It’s nice to have good numbers of trout around again.  some of the reds have boats built into them, making the fish so spooky you can hardly catch them.  Trout on  the other hand don’t seem to care they just want to eat. With the winds of late the fly rods have been stored and I don’t have much to report, but as soon as the winds slack you can bet I will be looking for some tarpon and Jacks!!  There are a few tarpon showing along the coast and this is not a bait scene anymore   fly rod, or spinning gear using artificials will get the eat.