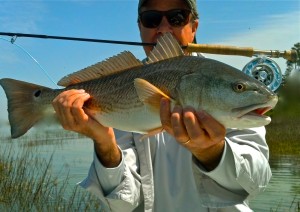 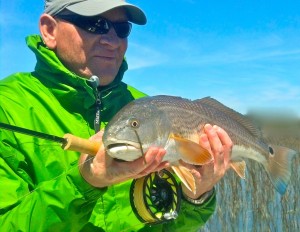 David and Rick came down to the low country to chase some critters round the low country.  Man we had some highs and lows during their trip.  Seems like if the winds are light the clouds are messing with us, and if the sun is in full force the wind is a mild gale !  All being said we did have a good number of shots and caught some fish in the meantime.  Story of the trip was loosing the entire fly line to a fish, after ripping all the line and into the backing he just kept going.  All I saw was a long line of fly line screaming down the flat no longer attached to the backing. Ooops.  I told them we have a good chance of finding the line in a bit, and that we did.  The fish was still attached, but as we approached the line the fish had worked the fly out and the line was recovered to fish another .